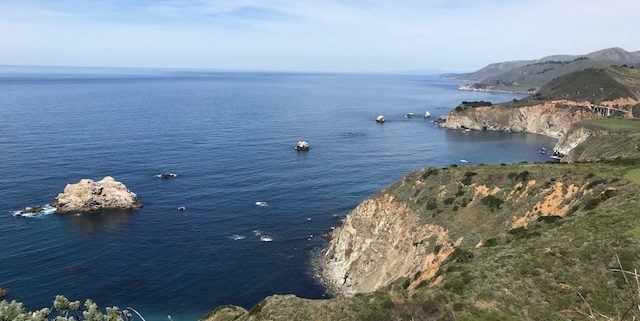 If you’ve been following me on AfterlifeTV.com, you might know that a movie is in the works for my latest book, The Magic Mala. The movie producer, Ileen Maisel, thought I’d be good at screenwriting based on how I wrote the book, so she encouraged me to try adapting the book myself. Talk about scary.

Wanting to put my best foot forward, I hired a teacher/mentor to teach me the craft. What an experience it has been. I absolutely enjoy screenwriting, maybe even more than writing books.

I finally finished the first draft of the screenplay in February 2018. I turned it over Ileen and she LOVED it! Phew, that was a relief. Melissa and I then flew to Beverly Hills at the end of March to go over the script with her, page by page. It was surreal working on our movie in the middle of Hollywood.

Melissa, Ileen and I worked on the script together, tweaking some scenes, changing the order of others, and inventing new ones right there in our hotel room. The creative collaboration was invigorating, and Melissa and I loved all Ileen’s suggestions. Her experience in this field was evident. Melissa and I also appreciate how much Ileen honors our creative expression.

I must admit that I like the script even better than the novel, and I’m sure there will be a few more rewrites to make it even better. I now understand why so many movies are different than their counterpart books. In books, the writer can use narrative to explain how a character is feeling or what she’s thinking. In a movie, you have to describe this through action — no narrative allowed. So it forces the writer to “show not tell,” and this is why I love screenwriting so much… it forces me to be a better writer.

Movies are also an entertainment medium. So while my book offers a lot of teaching, I had to focus the screenplay on the story as opposed to the teaching. The teaching can come from the story itself, but it must always be entertaining.

After four days in Los Angeles, meeting another producer, a publicist for several A-list actors, a director, and even walking by William Hung (she bang, she bang), Melissa and I drove up the coast of California. We stayed over in Santa Barbara, Carmel By The Sea, and Half Moon Bay. And, of course, we drove through beautiful Big Sur (the picture you see above).

There’s no telling how long it will be before the movie comes out, if we’re so lucky for it to actually come to fruition. There are a lot of hurdles to overcome. We still need to raise money to make the movie (about ten million), find the perfect actors within our budget, choose a director and crew, and a multitude of other things to accomplish. But to Melissa and I, it’s the experiences along the way that we’re savoring, rather than focusing on the end product. That will come when the time is right. The rest is today and tomorrow, and thus far it’s all been magical.

*Ileen Maisel has been living and working in the UK for over 20 years. Her distinguished career started in 1983 as vice-president of production at MGM/UA. As senior vice-president at Lorimar Pictures, she supervised the production of Dangerous Liaisons (1988), winner of 3 Academy awards. In 1989, she became senior vice president of European production at Paramount Pictures and in 1994, a consultant to Fine Line Features’ European Division. In 1998 she joined New Line Cinema as senior vice-president of European production and acquisitions, where she oversaw the production of films like Ripley’s Game (2002), Birth (2004), The Golden Compass (2007) and Inkheart (2008). Throughout her career she has established a firm, broad, outstanding network of artists and collaborators in Hollywood and Europe.

Season 8 of Afterlife TV is Here with 3 New Episodes!
Scroll to top